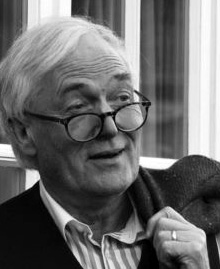 David Morgan is a consultant psychotherapist and psychoanalyst, both in the NHS and private practice, and worked for many years as a Consultant Psychotherapist at the Portman Clinic.

He is a Fellow of the British Psychoanalytic Society (BPAS), training analyst and supervisor (BPA) and training therapist/supervisor for the BPF and Tavistock Clinic. He is also Honorary Senior Lecturer at City University, London and Essex University.

He has specialised as part of his practice with people who are marginalised in our society (those who carry guilt for the unfair society we live in), e.g. migrants, whistleblowers and socio-political organisations. He provides psychological reports for asylum seekers.

His publications include Lectures on Violence, Perversion, and Delinquency (Karnac, 2007), co-edited with Stan Ruszczynski; e-books on narcissism (LSE) love and death and his edited book The Political Mind is in press.

Brighton Therapy Partnership has worked with many trainers and speakers in the field of counselling and psychotherapy. To see a full list, visit our speakers' page. In addition, we regularly interview speakers for our blog.